“Tsar Mikhail” and the Passion for Old World Techniques and Caviar

My 6-year-old son Michael Alexander can crack an egg in one action without scattering a single shell fragment. He knows how to judge a batter’s consistency, and that every effort may require slightly different proportions of ingredients added gradually to attain it. 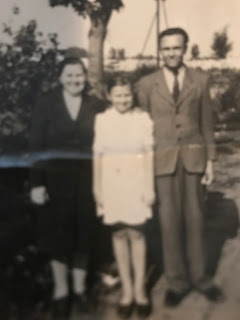 Yes, he’s very fortunate to attend a school and other programs that recognize the need for children of all genders to learn the vital life skill of cooking from natural, whole ingredients. However, his talents emerged the very first time he begged to assist me in the kitchen. City kids have the benefit of witnessing every household task rather than being holed away in a basement. He had a knack for basic culinary and baking techniques that instantly reminded me of my own youth.

That innate ability is handed down from the great-babushka (grandmother) he never met.

My babushka, Alexandra Dimitrievna (Dimitrieva) Grishaev, was a professional baker and her culinary excellence is lauded nearly two decades after her death by the hundreds of people she served during huge parties, memorials, and other special events in her own home, my parents’ home, and other peoples’ homes for some 40 years. At the first major memorial after her death on March 4, 1998, I helped my mother serve dozens of people at home, preparing a fresh salmon dish that went from pan to table within seconds to retain the interior succulence and the exterior crust of the fish. I also helped my mother prepare hundreds of filled and folded blinchiki (Russian crêpes) for the post-funeral meal at the monastery where she’s buried. Any stress that normally comes preparing such delicate foods in volume was absent, as if my babushka was watching over me.

When my son helps in the kitchen, I am draped in memories of baking and cooking with my babushka and degushka (grandfather), as these were not activities assigned to one gender in my childhood home. My degushka, Grigori Ustinovich Grishaev, hand ground all the grains for his proprietary black and rye breads. The two of them made sausage from select meats and casings they bought from a German delicatessen by using a hand grinder clamped to the countertop. He took the fish he caught to a local smoker. They brought home five-gallon containers of raw milk from the monastery where they’re now buried, and made their own smetana (sour cream), masla (butter), and pakhta (buttermilk.)

As foodies, celebrated chefs, and other conscious eaters now relish to these old world ways, I lament how many Americans were raised with food products from boxes and cans. I am forever grateful to my babushka and degushka for passing down these traditions that have manifested in the правнук (pravnuk) they would have surely called Tsar Mikhail.

My maternal grandparents lost all three of their infant sons, the eldest named Mikhail (Michael), to starvation and disease. Survivors of wars and terror regimes who were unable to scrap food for their own children do not take for granted the gift of foraging and preparing their own food. Even if my son is undergoing a stage of rejecting certain (if not most foods that aren’t comprised of the finest raw fish and caviar) I take comfort in his ability to create foods from real ingredients just like his grand-babushka.