Lament, Regret, and the Eeriness of 14: In Loving Memory of Brother Mike

One of the many books my scholar father gifted me from his vast collection to sate my passion for all things otherworldly was a book of amulets and talisman. I cried just now when I couldn’t find it in our pared-down West Village-sized library, though I found some comfort holding my prized copy of “An Encyclopaedia of Occultism,” by Spence, Lewis (1874-1955).

Both those books served as the 1980s version of an open Chrome tab, as I’d reference them constantly and apply my findings to subvert anything and everything normative that I was forced to write or discuss. I’d get written comments from teachers like “I’m not sure how this fits in. It didn’t. Not in any contemporary and contemporaneous sense. Inserting strange references to facts, myths, or theories that have been long debunked or dismissed, was my way of rebelling, ever so strangely.

I recall re-reading parts of the tome on amulets and talisman and being fascinated by the story of Osiris, the Egyptian god of the underworld. Unlike my son Michael Alexander, who has a photographic memory of everything he reads or learns about science, I have always struggled to remember details and instead relied on my own ability to weave elaborate stories around a few facts. One high school teacher commented on my report card that “Natasha has a great ability to ‘write’ history.” Her interpretation of that comment was meant to justify the lower “effort” grade that didn’t correlate with the higher letter grade. I took it as a compliment.

Back to Osiris and his myriad identities. As I lay awake early this morning profoundly saddened and anxious because Michael Alexander is being repeatedly bullied and physically harmed at an after-school program (born into poverty in Newark, N.J., my father taught me to always fight back, yet my son must be a pacifist and is applauded by the program site director for his “good behavior,” which means he does not strike back as the victim of ongoing attacks by two boys), many random thoughts sifted through my brain. For some reason, I thought of Osiris.

In some retellings of the myth (there are many), Osiris was slaughtered and carved into 14 parts by his brother Set. Isis, the sister Osiris married, recovered 13 pieces of his body. The 14th piece, his penis, was devoured by fishes. Somehow, 14 stuck in my head, the subject of a perverse and playful song like a miscreant version of the “Number of the Day” segment that premiered on “Sesame Street” in Season 33, which aired in 2002, the year my father died. No, I was not watching “Sesame Street” daily before I had a child in 2010.

The 14 stuck in my mind like the jingle in Mark Twain's 1876 story "A Literary Nightmare.” I was stuck with that earworm, as the only way to ditch it is by transferring it to another person. Somehow, 14 was distinctly mine in the early morning hours enveloped in anxiety.

Michael W. "Brother Mike" Gural died 14 years ago today, on June 21, 2002. It’s essential that I make Father’s Day a joyous occasion for my husband and son. I last saw my own father on Father’s Day, June 16, 2002. Because of a female boss who treated my emotional struggle over my father’s demise from Stage IV colon cancer spread to the liver, the peritoneum (the lining of the abdominal cavity), and eventually the brain, with callous disregard, I had just returned from a shift at The Associated Press when I got the call from my sister on my landline. 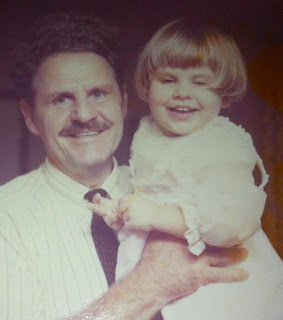 How I could I not have been at his side? This cavernous regret will follow me to my own grave, haunting me forever like an unwanted spirit.

After crying for a few hours, both because of my lament and remorse over being absent at the time of my father’s death, and because I know how enraged my father would be over the institutionalized abuse being perpetuated by a program director who laughs off any criticism and leaves it to her powerless site director to apologize but do nothing to stop the cycle of bullying and attacks on my son, I fell asleep for a precious short time. Gurals are not victims. Gurals fight back. Gurals do not put up with institutional abuse. Yet my son is as much the prey of bullies who go unpunished, as I was the sucker who worked extra shifts, filing thousands of pieces of copy, as my father lay dying just four hours away.

I can change my son’s fate by switching him to another program in the fall, though he already has been conditioned to believe that it’s “good news” when he won’t raise fist back at his assailant, which makes me fearful and ashamed as the daughter of a man who taught her to always fight back -- if not physically, socially. But I will never reclaim that moment when my father took his last breath.

Waking with the alarm this morning, I was overcome by grief, like Fyodor Dostoyevsky’s short story “The Dream of a Ridiculous Man.” Thankfully, I do find value in the world and would not commit suicide, but in darkness and despair I identify with the narrator ahead of his chance encounter with a girl who reinstates his will to live and his faith in humanity.

“Then such grief took possession of my soul that my heart was wrung, and I felt as though I were dying; and then,” according to the English translation by Constance Garnett, “then I awoke.”

It takes 14 days (or one fortnight, short for fourteen-night) for the moon to wax from new to full or to wane from full to new. Yesterday, at 22:34 UTC (6:34 p.m. in New York), the sun reached its highest declination in the sky, its farthest point north for the year, otherwise known as the June solstice. The June full moon occurred on the same day.

Posted by Natasha Gural at 11:38 AM No comments: