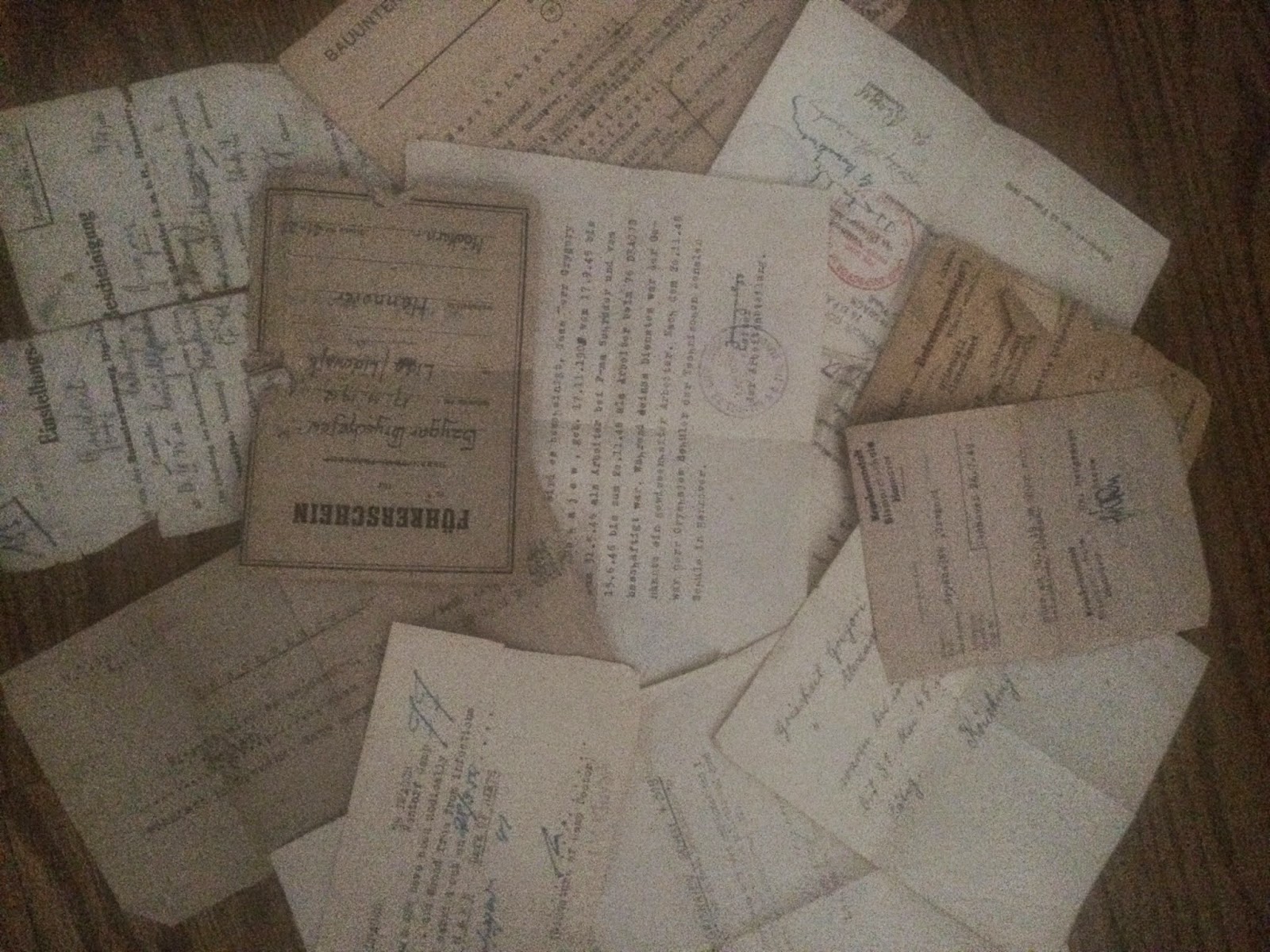 These are among the many misspellings of my mother’s maiden name as they appear on various prisoner, work and displaced persons papers from Germany. The Anglicized, phonetic spelling my maternal grandparents choose was GRISHAEV. Grishaev is a patronymic surname formed by adding a Russian suffix to the personal name Grigori (Gregory). Grigori was my maternal grandfather’s first name.

As many variations for the spellings of first names Grigori, Alexandra (my maternal grandmother) and Luba (my mother) exist on those German records.

The English spellings they choose were very important in creating a permanent identity once they arrived in the United States in 1950.

Today is my Babushka’s birthday. She was born March 3, 1913, in Dubrovka, Vitebsk Oblast, and died March 4, 1998, at my mother’s home and under my mother’s sole care in Wilbraham, Massachusetts. As part of my remembrance process (a hybrid of grief and fond and joyful recollection), I was going trough photos and records mostly from the 1940s.

I have countless times compared the different misspellings and what they might imply. Yet it only occurred to me this morning why mother was so upset by my tween and early teenage practice of playing with different existing and made-up spellings of my own name.

As a young girl I thought: it’s my name, I can do with it what I want. As a westerner, why would I think otherwise? Clearly I’d shut off my eastern mind and for decades shut out contemplating what drove my mother’s emotional and adamant reaction to my name word play. To me it was as innocent as practicing new eye makeup application techniques, one of my favorite 1980s pastimes.

Poring over these papers this morning, entering all German text into Google Translate, I was walloped with a fresh dose of guilt over all the anguish my tween and teenage rebellion inflicted on my mother.

Of course she was angry that I’d want to spell Natasha, which is the best phonetic transliteration of Ната́ша, any other way. I was taking for granted being born in a country free of deadly domestic upheaval and genocide. I was lucky that U.S. agencies and authorities agreed to document my name as it was given.

As a student of Russian literature, I became obsessed with the origins and meanings of names, but yet my own mother’s visceral objection to my manipulation of the spelling of my name eluded me until now. In my attempt to delve deeper into the meaning of 19th century texts, I’d alienated myself from my own mother.

In my own ignorant defense, I meant nothing by adding or subtracting or substituting letters in my name and now feel foolish for not realizing why and how I’d hurt my mother. At the same time, I was inscribing Bowie and Le Bon as my last name on the backs of notebooks and textbooks. My mother had no problem with the surnames, as long as Natasha was in tact.

Posted by Natasha Gural at 11:57 AM No comments: